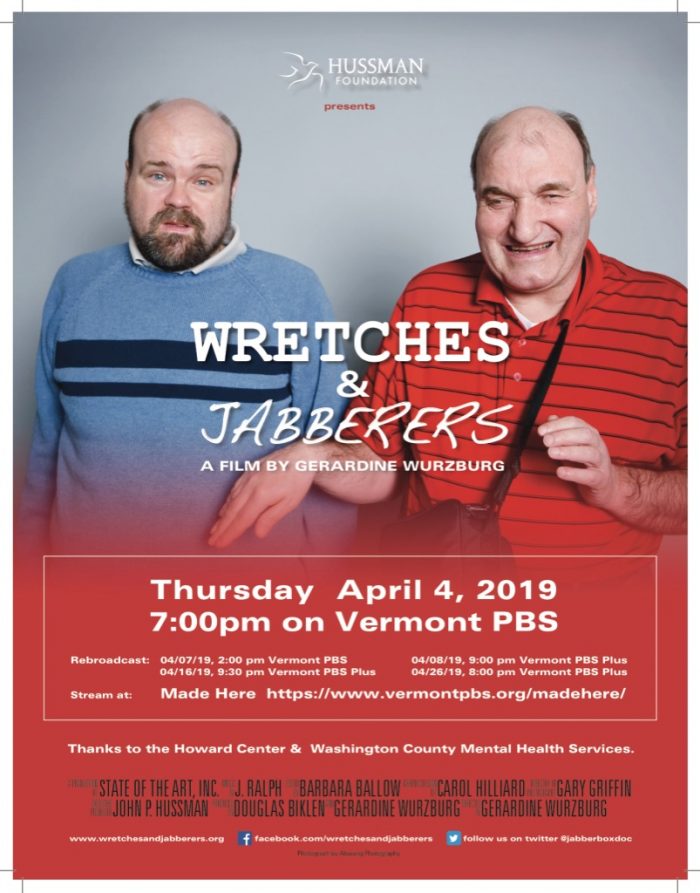 The Delta Schoolcraft Intermediate School District (DSISD) and Bay College will present, “Breaking Down the Barriers of Autism,” a live presentation and documentary film. Bay College will show the film Wretches & Jabberers which is about two men with autism who embark on a road trip to change how people feel about disabilities. The film will be featured on the Escanaba Campus in the Besse Center Theater on April 15 from 6:00 PM -8:00 PM EST and at their Iron Mountain West Campus in Fornetti Hall on April 17 from 2:00 PM to 4:00 PM CST. Then, on April 23 the stars of the film will visit Bay College at their Escanaba Campus in the Besse Center Theater from 6:00-8:00 PM EST. It will also be live streamed to the Iron Mountain West Campus in Fornetti Hall from 5:00 -7:00 PM CST that same day. Their second presentation is at the Escanaba High School in their auditorium from 1:00 – 2:30 PM EST on April 24.

The Bay College Diversity Committee is partnering with the Delta Schoolcraft Intermediate School District in celebration of Autism Awareness Month to sponsor these events and make them free and open to the Public. For more information, Email Joseph Mold or call 906-217-4246.